69th Republic Day was celebrated in JGIS premises on 26th January, 2018. The programme began with welcoming the guest viz. honourable Chairman, Shri John Geevargese, President ASIA,  Mr. K.L.N. Sastri, Secretary, Mr. K.P.M Nair, Trustee and Executive Director Mr. M. P.Chandran, other trustees, members of managing committee followed by flag hoisting. The cultural program began with a patriotic song by schools ‘choir students followed by two dance performances as a beautiful expression and dedication to our nation. Girls of standard V to VIII showed a spectacular show on Human pyramid as a true tribute to our country. Towards the end, an announcement was made as an honour and pride on the participation of JGIS student- Varaa Kanuga as a child artist in the NATIONAL REPUBLIC DAY PARADE at Delhi in The most prestigious event of India category. Finally the program ended with the Chairman’s speech as his blessings to the gathering. 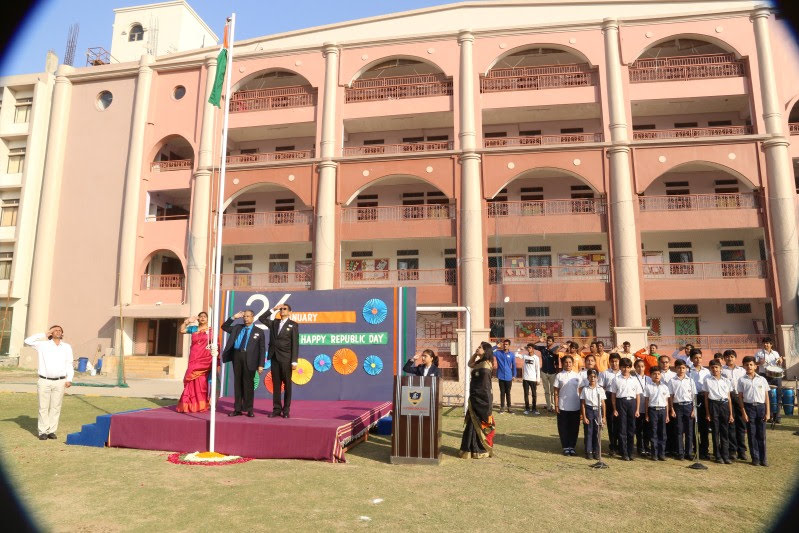 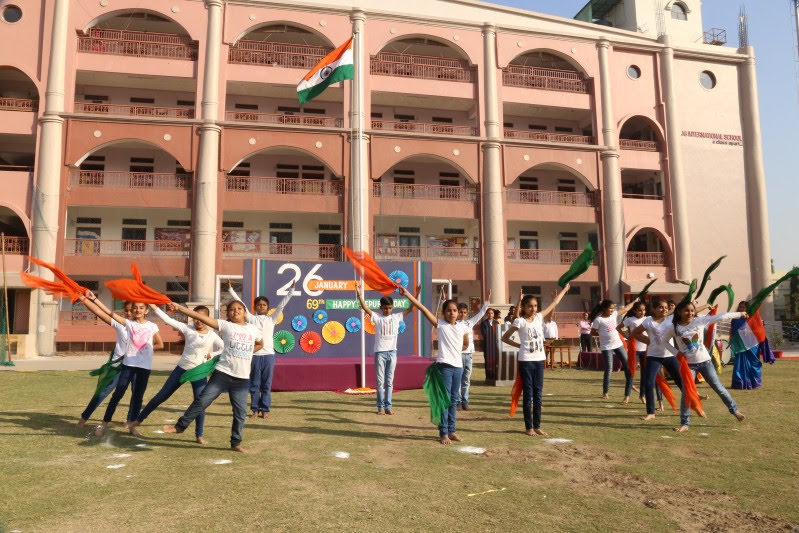 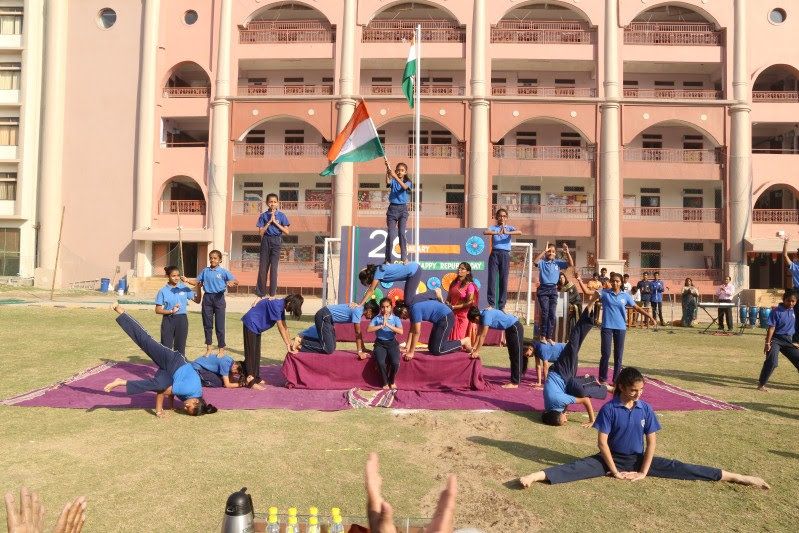